Sidus Space Announces Enhancements to its Facilities Including a New State of the Art Cleanroom For Production, Testing and Integration of the LizzieSat(TM) Constellation

Carol Craig, CEO of Sidus Space, outside of the dedicated cleanroom that will be used for material testing, processing, assembly, manufacturing and packaging of satellites and related satellite components to support the LizzieSat™ constellationCAPE CANAVERAL, FL / ACCESSWIRE / December 23, 2021 / Sidus Space, Inc. (NASDAQ:SIDU), a Space-as-a-Service satellite company focused on commercial satellite design, manufacture, launch, and data collection, announces the construction of a new state of the art cleanroom to support the production, testing and integration of the LizzieSat™ satellite constellation. 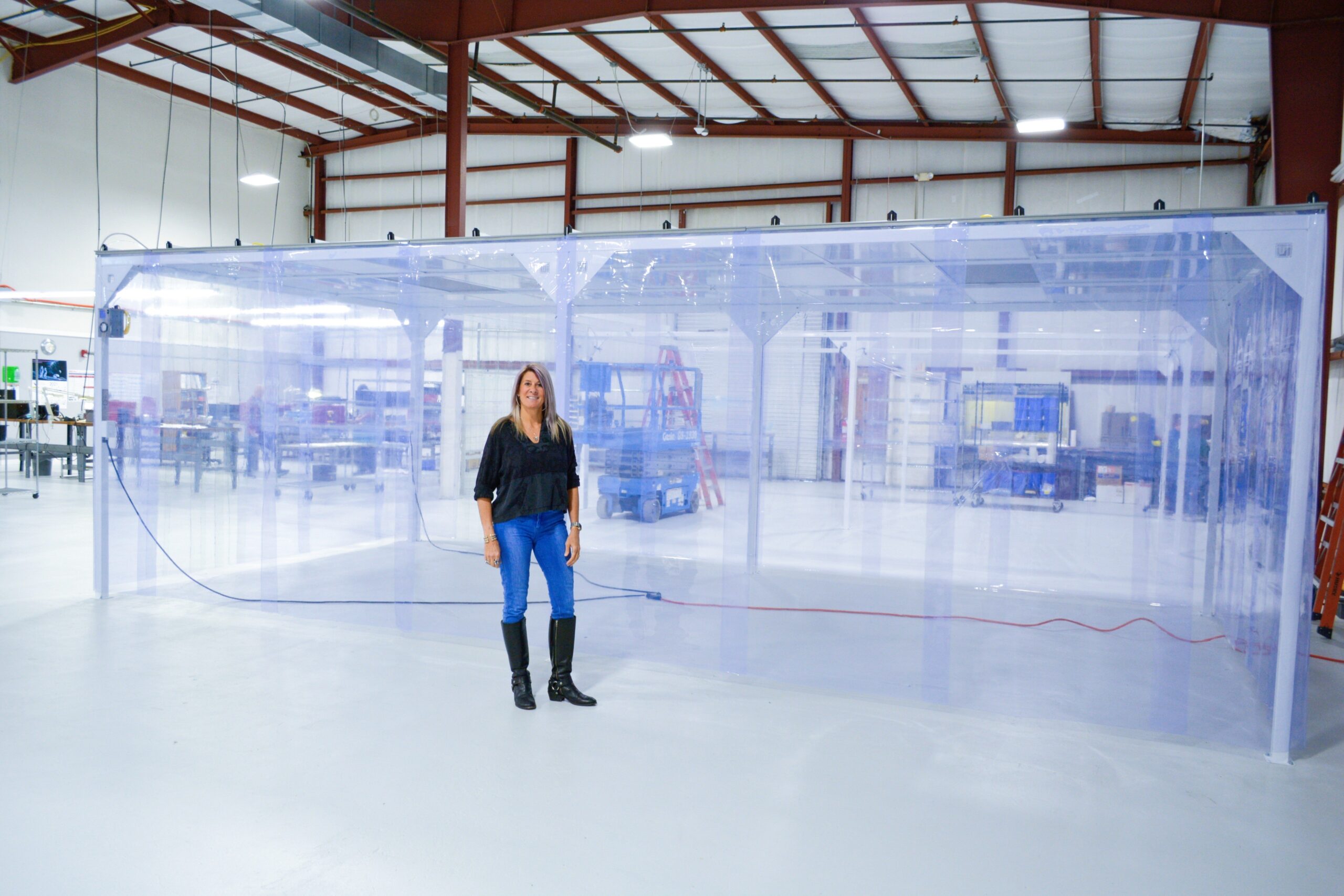 In addition to preparing for production on LizzieSat™, Sidus Space is ramping up for work on recently awarded contracts which includes a multi-million dollar agreement supporting one of America’s largest private companies. Other facility enhancements include improved network connectivity with Fiber optic internet, an industrial grade epoxy shop floor, new LED light fixtures throughout the facility, additional workstations and office spaces for the growing employee team and a state-of-the-art cleanroom. Sidus anticipates that the new workspace will be completed in the next month.

The Sidus Space ISO 100,000 cleanroom, with over 800 square feet of continuous space, was designed with high-end precision engineering. The self-contained space will allow cleanroom processing of up to 6 LizzieSats simultaneously as they progress through the integration, assembly, and test phases of development. The HEPA Fan Filter Units (FFUs) to be installed in the cleanroom, will provide up to 808 CFM (at high speed) and will remove 99.99% of particles >/= 0.3 microns in diameter. The modular system allows for expansion and reconfiguration as needed to accommodate custom applications.

“Cleanrooms safely protect satellites or spacecraft components from particles, residues, or bio-films that corrode electrical systems, hinder performance, or reduce satellite lifetime. Our top priority is to ensure each satellite and all of their related components meet the highest level of quality required to launch into space before they reach orbit so that they will perform successfully in the space environment. I am very proud of our team and their tremendous skillset as they continually support our customers,” said Carol Craig, CEO of Sidus Space.

The manufacturer of the cleanroom, Terra Universal, is the leading manufacturer of critical environment applications, with over 40 years of design and fabrication experience in cleanroom- and laboratory-based industries.

Sidus Space (NASDAQ:SIDU) located in Cape Canaveral, Florida, operates from a 35,000-square-foot manufacturing, assembly, integration, and testing facility. Sidus Space focuses on commercial satellite design, manufacture, launch, and data collection, with a mission of Bringing Space Down to Earth™ and a vision of enabling space flight heritage status for new technologies while delivering data and predictive analytics to domestic and global customers. Sidus Space makes it easy for any corporation, industry, or vertical to start their journey off-planet with our rapidly scalable, low-cost satellite services, space-based solutions, and testing alternatives. More than just a “Satellite-as-a-Service” provider, we become your trusted Mission Partner from concept to Low Earth Orbit and beyond.Sidus is ISO 9001:2015, AS9100 Rev. D certified, and ITAR registered.