The purpose of the Zero-G flight demonstration was to simulate a microgravity environment to test the spring-loaded mechanisms and electronics that unlatch the door on the CubeSat launcher. Zero-G utilizes a specially modified Boeing 727-200 that flies in parabolic arcs to create a weightless environment for clients seeking to achieve technological advances.

Sidus Space will integrate Dhruva’s CubeSat deployer with their own Phoenix Deployer which is in development and will be launched using Sidus Space’s SSIKLOPS from the International Space Station National Lab. The Phoenix Deployer accommodates a customized configuration of 3, 6 or 12 CubeSat deployers depending on mission need. This combined capability will allow the Sidus Space / Dhruva Space partnership to offer full-service CubeSat launch options to customers.

Sidus Space and Dhruva Space entered into a partnership in 2020 to collaborate and catalyze the design, development and commercialization of new innovative space technologies and services. This partnership, which leverages each company’s technologies, increases the breadth and depth related to both offerings and customers.

Due to tight timing with scheduling and Covid-19 restrictions, the Dhruva Space technical team was unable to travel to the US from India to participate and asked Sidus Space to support the demonstration on their behalf. Dhruva Space is an award-winning space technology company focused on building full-stack space engineering solutions. The company is based out of Hyderabad, India, and Graz, Austria. 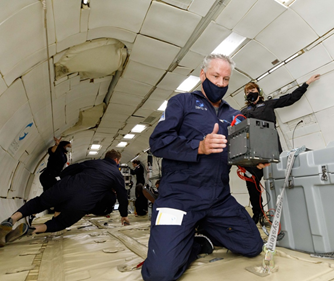 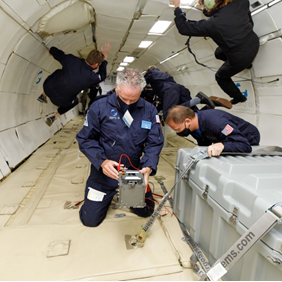 Sidus Space (NASDAQ:SIDU) located in Cape Canaveral, Florida, operates from a 35,000-square-foot manufacturing, assembly, integration, and testing facility. Sidus Space focuses on commercial satellite design, manufacture, launch, and data collection, with a mission of Bringing Space Down to Earth™ and a vision of enabling space flight heritage status for new technologies while delivering data and predictive analytics to domestic and global customers. Sidus Space makes it easy for any corporation, industry, or vertical to start their journey off-planet with our rapidly scalable, low-cost satellite services, space-based solutions, and testing alternatives. More than just a “Satellite-as-a-Service” provider, we become your trusted Mission Partner from concept to Low Earth Orbit and beyond.Sidus is ISO 9001:2015, AS9100 Rev. D certified, and ITAR registered.